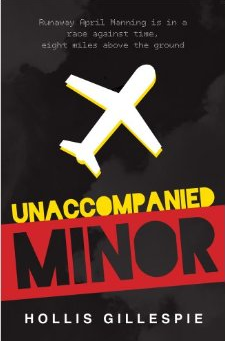 April Mae Manning has vanished off the face of the earth. This would probably be a big deal . . . if anyone knew about it. Aprils flight–attendant dad died years ago in a plane crash. Her flight-attendant mom’s in a psyche ward due to a trumped-up “breakdown,” and April’s brutal stepfather, Ash, is off piloting transoceanic flights, leaving April to fend for herself as he wages a custody battle during a scathing divorce war with her mother. After escaping a harrowing abduction, April takes to the skies, but suddenly finds herself caught in an airplane hijacking that seems strangely connected to her abductors. When her best friend, a 67-year-old flight attendant named Flo, is shot after hijackers open fire, April hides in the cargo hold with a boy and a wounded police officer, only to discover a bomb onboard. Realizing she needs to perform the impossible – break into the cockpit in order to save herself and the innocent passengers – April strives to rely on the legacy of knowledge passed down to her from the airplane mechanics, engineers, flight attendants and even baggage handlers who make up her family heritage. She knows the odds against her are high . . . and that this “hard landing” could easily be her last.

Click below to pre-order your copy of Unaccompanied Minor now!