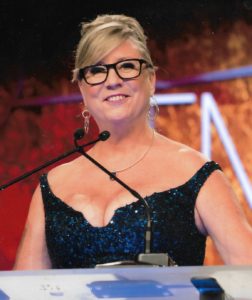 The Shocking Real Life Learning Center was founded in 2007 by Hollis Gillespie, a humor columnist and author based in Atlanta, Georgia. The center began as a way for professionals to “survive extinction” during the melee of social media and ePublishing, offering courses in book-writing, blogging, all forms of social media and even iPhone familiarity. Now the SRL Learning Center is located in the Ponce City Market at 675 Ponce de Leon Ave. SE, Atlanta, GA, 30306, and has evolved into the largest writing school in Atlanta, and has expanded to include classes on film writing, acting, cartoon illustration and other skills in media and the arts. (“Maybe one day we can offer belly-dancing classes!” says Gillespie.)

Gillespie’s Shocking Real Life writing retreats have been a mainstay of the learning center since its inception in 2007. They continue to be a popular, unorthodox, fun and extremely effective catalyst for creativity and boots-to-the-ground instruction on how to bust your creative balls, format your book and get a literary agent and/or book deal. Notable graduates of the writing retreats include Rachael Brownell,

whose book, Mommy Doesn’t Drink Here Anymore, garnered her appearances on the Today show and Good Morning America, which subsequently pushed her book to the top of the charts. Another graduate is Lisa Baron, whose book, The Life of the Party, became an instant Amazon bestseller, and recently Lisa sold the film rights to her book to NBC Universal.

“I had two things working for me that I believe made the difference: determination and Hollis Gillespie’s kick-ass workshop! The workshop gave me the confidence I needed to continue following my dream of becoming a published author. She was key to helping me fine tune my proposal and her personal involvement in my journey has been invaluable.” Lisa Baron

The blogging classes continue to be the most popular in the city, and have expanded to specialties in those fields as well, such as sports blogging, food blogging, and blogging for business and non-profits. There are many notable graduates of the blogging courses. Among them is Caleb Spivak  of whatnowatlanta.com, whose blog is regularly quoted in major news outlets such as The New York Times, and CNN, and has been named “Favorite Blog to Follow” by Creative Loafing, one of the largest alternative publications in the nation. Another notable blogging-class graduate is Christal Presely, whose blog, unitedchildrenofveterans.com, was featured on the front page of the Atlanta Journal Constitution, which garnered her an invitation to speak before Congress, which in turn attracted her a book deal based on her blog. Her book is called Thirty Days with my Father; Finding Peace from Wartime PTSD, and is an Amazon bestseller.

“[Hollis Gillespie’s] writing class is where my life was TOTALLY and COMPLETELY changed forever!” Christal Presley

Hollis Gillespie is an award-winning humor writer, best-selling author, travel columnist, NPR commentator, travel expert for NBC’s Today Show and the Dr. Oz Show, which is syndicated by Sony Television. Following the release of her first book, Hollis was guest on the Tonight Show with Jay Leno (“A very funny lady,” says Leno). She began her career in 1988 as a copy editor for San Diego Magazine, then wrote for the Financial Section of the city’s daily newspaper, the San Diego Tribune (now the Union/Tribune). In 1989 she moved to Atlanta and wrote feature and investigative pieces for Creative Loafing, then the fourth largest alternative publication in the nation. Her celebrated humor column, “Mood Swing,” first appeared in Poets, Artists & Madmen in 1996 and moved to Creative Loafing in 2000, where she was voted the city’s “best columnist” six out of the next eight years. Atlanta magazine picked up the column in 2007, where it appeared until October, 2014.
Gillespie founded the Shocking Real Life Writing Academy in 2007. Since then it has grown into the largest independent writing school in the Southeast.

Gillespie’s work has been optioned by Sony Pictures and Paramount, and she has collaborated with Hollywood hard hitters like Mitch Hurwitz, the creator of Arrested Development, Eric and Kim Tannenbaum, producers of Two and a Half Men, and Amy Palladino, creator of Gilmore Girls. Hollis runs Shocking Real Life, the largest writing school in the Southeast, which offers workshops on book writing, screenwriting, blogging and social media. Kirkus Reviews lauded Gillespie’s “impeccable comic timing” for her first novel, titled Unaccompanied Minor (“A laugh-out-loud thriller about family court, money laundering and skyjacking”). For the same novel, Booklist heralded Gillespie as “a fantastic narrator: smart, funny, angry, and gifted in sarcasm.” Her fifth, titled We Will Be Crashing Shortly, was released in 2015.